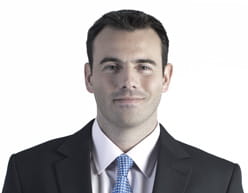 In this article, we explore the key considerations start-ups in the UAE should keep in mind when negotiating and entering into contracts whether it be with customers, suppliers or any other third parties.

Article 131 of the UAE Civil Code holds that a contract will be formed if there is (i) an offer, (ii) an acceptance of the offer and (iii) any special conditions provided in the law (which may relate to the subject matter of the contract) are met.

In order to determine if a contract has been formed (should this ever be disputed), the UAE courts will review the surrounding context of the matter and consider if there is evidence that there was offer and acceptance of the subject matter of the agreement, certainty between the parties regarding the terms of the agreement and the capacity of both parties to actually enter into the contract.

An agreement can take a written form or may be made verbally, however in the case of a verbal contract, the conduct of the parties will be key to determining its formation and enforceability, i.e. in determining whether the conduct of the parties showed that they actually intended to enter into a contract. Although Article 132 of the UAE Civil Code recognises agreements that are made verbally, we would always suggest formalising an agreement with written terms so there is absolute certainty as to what has been agreed. Written terms will help to avoid any future dispute which may arise regarding the details of the agreement.

Additionally, despite the provisions of Article 132 of the UAE Civil Code, there are certain types of contracts which must be in writing, such as partnership agreements and contracts regarding the sale of land.

The UAE Civil Code recognises the principle that parties are free to contract on the terms they decide between themselves. However, in order to form a valid contract in the UAE, there are three main requirements that a contract should meet. Firstly, there must be mutual consent between the respective parties on what the main elements of the contract are.

Secondly, the contract must relate to a permissible subject matter that is clearly defined, or is capable of being defined. An unclear subject matter makes it difficult to determine what the agreement attaches to and how its provisions operate in reality.

Thirdly, there must be a lawful purpose for the obligations arising out of the contract. The aim of the agreement cannot be to facilitate something that is illegal, as this will throw the validity of the contract into question.

The execution requirements of your contract will depend on the type of transaction at hand. There are certain transactions, such as commercial agency agreements, which also need to notarised and registered with the UAE Ministry of Economy.

Contracts involving the transfer of real estate will also require more stringent execution requirements. We would be happy to assist and advise on the requirements relevant to your agreement.

As technology and working practices develop, e-signatures have become a popular alternative to traditional wet-ink signatures. We have seen an increased use of e-signing platforms or new processes being adopted whereby signature pages are printed, signed and returned via email or through the e-signing platform in accordance with the relevant signing instructions, or where an image of the signatory's handwritten signature is inserted into the document.

The current position on e-signatures in mainland UAE is that e-signatures may be accepted for most types of documents, with some exceptions. Federal Law No 1 of 2006 Concerning Electronic Transactions and Commerce (the UAE E-Commerce Law) states that the following documents are excluded from its provisions:

In order to determine whether an e-signature is reliable, the concept of reasonableness is used and factors such as the nature, value and importance of the transaction/document, the steps taken to verify the signature in regards to the signatory and previous transactions between the parties which involve e-signatures are considered.

Please do get in touch should you wish to discuss any of the topics covered in this article and we would be happy to provide information or assistance on drafting, reviewing, amending and negotiating a contract or ensuring that a contract is compliant with UAE laws and practices.

Trowers advises on the sale of The Mere Golf Resort & Spa