Pay now, argue later: why it pays to keep on top of the payment regime 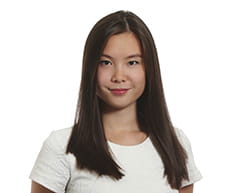 As lockdown begins to lift and we start looking forward to a future with fewer restrictions, we are reminded of the impact that the past year as had on cash flow for many in the construction industry.

It is undeniable that Covid restrictions have had a tangible impact on businesses' ability to pay, yet recent court decisions indicate that the "pay now, argue later" principle adopted in relation to service of payment and/or pay less notices in construction contracts is not going away any time soon.

In Grove Developments v S&T (2018) EWCA Civ 2448, the Court of Appeal established that where a paying party has failed to serve a valid payment and/or pay less notice, while it is possible for that party to commence a "true value" adjudication to determine the value of the works claimed, it can only do so once it has complied with its statutory obligation and paid the "notified" sum (or otherwise complied with its payment obligation). While there was, at the time, some uncertainty as to how this decision would be implemented going forward, this principle has been re-confirmed in the following recent cases in the lower courts, some of which have been heard since the start of the pandemic:

On the subject of stays of execution, a further 2020 judgment worth mentioning is JRT Developments Ltd vs TW Dixon (Developments) Ltd (HT-2020-BHM-00010), in which TWD refused to pay the sum awarded in JRT's successful smash and grab adjudication. While the general rule is that adjudication awards will be enforced, the court may depart from this rule where enforcement would be manifestly unjust. However, it is worth noting that this exception is rare and this particular case turned on a set of "exceptional" circumstances, being that the parties were linked by family connections and were operating more like a JV than at arms' length, neither party had served a payment notice before and payment of the adjudication sum would likely render TWD insolvent and unable to commence a "true value" assessment. In the circumstances, the Court found that were the judgment not stayed, there would be manifest injustice to TWD.

Despite Covid-related solvency issues and the unusual circumstances of JRT, the overarching "pay now, argue later" theme emerging from these decisions signals the courts' intention to keep cash flowing on projects and to keep honouring adjudicators' decisions and the principles underpinning the Construction Act.

Ultimately, in the times we find ourselves in, these cases reinforce the importance of parties paying close attention to and keeping on top of the payment obligations in their contracts, being mindful that a failure to serve a payment notice or pay less notice will likely result in a full liability to pay.