Airline Voucher? Has it expired? 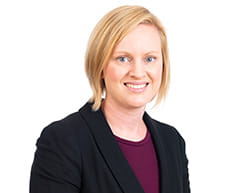 Nicola Johnston of Trowers and Hamlins discusses the expiration of many Airline Vouchers amid the pandemic when travel is still very limited.

When the Covid-19 Pandemic started just over a year ago, the majority of people would never have envisaged that we would still be having significant disruption to international travel in April 2021.

International travel has only restarted in the UK on 17 May 2021 and there are significant restrictions and limitations on international travel which remain in place. The traffic light system, which indicates the requirements travellers need to comply with when going abroad has only a handful of countries on the "green list" at the present time.

The traffic light system indicates whether additional tests or quarantine measures are in place for specific countries.  These measures range from testing requirements both before and after the holiday, quarantine periods at home and in designated quarantine hotels.

Under the EU Regulation (EC) 261/2004 - which has been adopted into English domestic law after the Brexit transition period under the European Union Withdrawal Act 2018 and the Air Passenger Rights and Air Travel Organisers Licencing Amendments (EU Exit) Regulations 2019 - travellers have a right to a refund for cancelled flights. However, the majority of airlines throughout the pandemic have offered vouchers to travellers as alternative to a refund. The vouchers offered by airlines allowed travellers to use the vouchers to book new flights when international travel became available again.

As we are now over a year since the start of the pandemic some travellers will find that the vouchers that they were given may be coming up to their expiration date. Depending on the Airline, some vouchers only had a period of 12 months from the date of issue to be used before becoming void. It is important to note that "using" the voucher does not mean that you need to have travelled within that 12 month period, but just that you have used your voucher to book a new flight.

Easyjet have addressed this issue, by agreeing to automatically extend vouchers by a six month period for those that expire on or before 30 June 2021. However, this is not the same for all airlines and it will be important for those with unused vouchers to check what their airline is doing and whether they are offering extensions to these voucher periods.

Other airlines have indicated that they will extend their offer for a "no fee" amendment to bookings made now for travel in the future.
If it is the case that you have a voucher that is coming up to its expiration date and your airline is not offering any extension to this period then it may be worthwhile booking a flight for the future, particularly if the airline is allowing you to change your booking at a later date without incurring any fees or charges which would help to protect travellers from losing money from an expired voucher.

Was the airline right to offer the voucher and no refund? Under the relevant Regulations if an airline cancelled the flight then a refund of the costs of the flight was almost certainly due, however, where a voucher has been accepted in place of this then the traveller would appear to only be able to use this instead. This will mean that the traveller that is restricted by the terms of the voucher.

Ultimately, it is important to check what the expiration date for your voucher is and if it is close to expiring then you need to take action – whether this is checking for automatic extensions by airlines or booking a flight for the future. For those that do nothing, then the risk will be that they lose out and their vouchers become void without any other means of redress.