In adjudication it is natural justice that still prevails 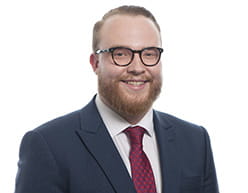 Rules of natural justice require that every party has the right to a fair hearing and the right to be heard by an impartial tribunal. In Global Switch Estates 1 Ltd v Sudlows Ltd [2020] EWHC 3314 (TCC) it has been held that an adjudicator took such a restrictive view of jurisdiction whilst considering a defence that in doing so he breached the rules of natural justice.

The original adjudication in which the breach of natural justice occurred was in relation to fit out works to Global Switch Estates' specialist data centre housed in the former Financial Times print works at East India Dock, East London. Sudlows was engaged to carry out the works under a JCT Design and Build 2011 building contract, with amendments, in December 2017. The contract sum for the works was just under £15 million, covering the main fit out works to the hall and the subsequent installation of five chiller units.

During the course of the works various disputes arose between the parties and so followed a succession of adjudications, the fourth of which being the subject of this case. The notice of adjudication for this fourth dispute sought a decision as to the true value of parts of an Interim Application. Global Switch Estates sought a sum just short of £7 million from Sudlows. Global Switch Estates set out to narrow the jurisdiction of the dispute and exclude Sudlows' entitlement to extensions of time and loss and expense from consideration in the adjudication.

The adjudicator came to the decision that Global Switch Estates was entitled to limit the scope of his jurisdiction, and that he did not have the jurisdiction to award further extensions of time or decide on any loss and expense in favour of Sudlows. Subsequently, the adjudicator awarded Global Switch Estates a sum of just over £5 million, and directed Sudlows to pay his fees and expenses totalling £81,500.

Sudlows failed to pay these sums and in July 2020 Global Switch Estates issued proceedings at the TCC for £6 million plus interest and costs.

The courts have always taken a robust approach to the enforcement of adjudication decisions, and the grounds for challenging decisions have been held to be limited. However the case of Bresco confirmed that jurisdiction in adjudication will be to determine everything brought as a defence, including any counterclaim.

The court considered this to amount to a breach of the rules of natural justice, as the disregard of the loss and expense claims were material to concluding the true value of the Interim Valuation and any amount that should be paid between the parties.The mistake of the exclusion of jurisdiction by the adjudicator had prevented these material matters from being considered and therefore a breach of natural justice had occurred.

On this basis, the court did not enforce the adjudication decision and Global Switch Estates application for summary judgement was dismissed.

This judgment reminds us that while generally adjudicator's decisions will be enforced, if the defence of a responding party is not properly considered, attempting enforcement will be high risk. While many believe adjudication to be rough and ready, the clear exception to this is the prevailing requirement to observe the rules of natural justice.