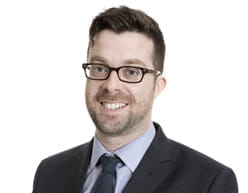 The Cabinet Office has published its consultation paper, Transforming Public Procurement, setting out its proposed reforms to public procurement law for a post-Brexit Britain. The Green Paper builds on the Government's commitment to the World Trade Organisation Agreement on Government Procurement, but promises to speed up and simplify procurement processes, prioritize value for money and unleash opportunities for innovation in public service delivery.

No changes are proposed as yet to the definitions of public contracts and the current financial thresholds will remain in place until December 2021. There are also no proposed changes to the definition of "contracting authorities", which will continue to include registered providers and ALMOs as well as central and local government bodies.

The new legislation will be underpinned by six core principles: public good, value for money, transparency, integrity, fair treatment of suppliers and non-discrimination. In addition the Government will publish a National Procurement Policy Statement, which contracting authorities must have regard when running procurement exercises.

The Green Paper proposes a complete overhaul of the procedures for awarding contracts. The current Open Procedure will be retained for simple "off the shelf" procurements. The current negotiated procedure without prior publication of a contract notice will be renamed the "limited tendering procedure", and will be available for use in cases of "crisis". All other procedures will be abolished and replaced by a new "competitive flexible procedure", which will give contracting authorities more scope to design their own tender exercises and negotiate with bidders. New procurements will now be advertised in the Government's Find a Tenderer Service portal.

The Green Paper proposes a new central platform to allow bidders to submit pre-qualification information. Contracting authorities will also be able to use a wider range of information to carry out selection criteria verification, and may exclude bidders for significant poor performance on previous contracts. The Government will also investigate the feasibility of a centrally-managed debarment list of banned suppliers. Contracts will be awarded on the basis of Most Advantageous Tender, in line with World Trade Organisation terminology.

Framework Agreements will be retained and extendable for to up to eight years, and also made open to new suppliers. Dynamic Purchasing Systems will be replaced by a new commercial tool called DPS+ with no maximum duration and available for all types of procurements.

The Green Paper also promises a rethink of the current legal challenge process, including an expedited trial process and possibly a tribunal system to allow challenges to be heard in a faster and cheaper manner. The Government is keen to put greater emphasis on pre-contractual remedies and proposes to shorten Court timescales and cap post-contractual damages. The Government also proposes changing the rules around the lifting of automatic suspensions.

The rules around amending existing contracts will be extended to allow amendments in cases of crisis or extreme urgency.

The Cabinet Office is seeking responses to its 42 questions set out in the Green Paper by no later than 10 March 2021.

For more information about the Green Paper and the proposed reforms please get in touch.