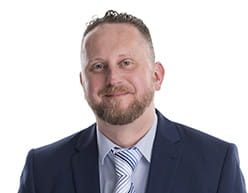 New rules came into force on 31 May 2021, which according to the Government will reduce what they have described as the 'unacceptably high' number of whiplash claims made each year.

Low value road traffic accident claims with a value of under £5,000 will now be run on a new digital portal, and the plan is that there will be no requirement for legal representation.

As the small claims track limit for road traffic accident claims has now been raised from £1,000 to £5,000, it is envisaged that most such accidents will now be dealt with via this scheme.

There will be a tariff scheme in place which will mean fixed compensation awards for whiplash injuries, depending on the length of time that symptoms last for.

Such claims cannot however be settled without medical evidence by way of a formal medical expert report.

The Government has understandably focused on car insurance premiums, which they claim will be 'slashed' by around £35 a year.

They also claim that the new portal will make such claims simpler, and that the requirement that medical evidence is obtained will bring down the number of exaggerated claims.

Whether or not motor insurers actually will 'slash' insurance premiums remains to be seen. As this scheme has only just come into force, it will take some months or years before it becomes clear what effect this new scheme actually has in real terms.

Further, it is relevant to note that the issue of medical evidence and whether or not it was obtained under the previous regime worked both ways – I have dealt with several claims in which it was not the Claimant but the Defendant who attempted to work this to their advantage by making pre-medical report offers of settlement in the knowledge that an acceptance would likely mean the claim settling for less, potentially far less, than if medical evidence had been obtained.

Finally, and most importantly of all, it is important to bear in mind that a Claimant injured in a road traffic accident may not have either the knowledge or the desire to deal with a claim without legal representation and assistance - and that is the most concerning aspect of these reforms - will the genuine Claimant have access to justice? If not, it is likely that these reforms will not only reduce the number of exaggerated claims, but also the significant number of injured people who should be properly compensated for injuries sustained through no fault of their own.