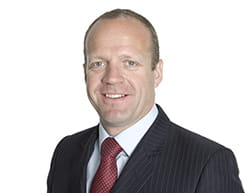 This article was first published by Lexis®PSL on 12 February 2021.

At that point, Mr Dikautschitsch had not given witness evidence in the proceedings and it was not then known (or submitted) that his position was that he was the beneficiary of the trust interests which were central to the claim. In reality, Mr Dikautschitsch was participating in the proceedings and had been running the defence albeit that he had not been formally joined as a party and the court was satisfied that, despite the lateness of the application, he should be joined as a defendant. Written by Michael Rhode, senior associate at Trowers & Hamlins LLP.

Mr Justice Morgan considered that Mr Dikautschitsch had been seeking a tactical advantage by not joining the claim but simultaneously participating in the proceedings and effectively running the defence. Therefore, despite trial having commenced, the court made an order for him to be joined to the proceedings, considering it a necessary step to ensure the proceedings resulted in an effective outcome and to ensure the best use of the court’s time.

The particulars of claim were amended in March 2020 and referred to a connection between East- West Germany and a further corporate entity and limited partnership, JURAG Chemnitz GmbH & Co KG. It was pleaded that Mr Dikautschitsch was a limited partner of JURAG. The amended pleading then became the focus of the original joinder application, which sought to join both Mr Dikautschitsch and JURAG to the claim. The application was accompanied by a draft amended claim form which set out that Mr Dikautschitsch held his interest in JURAG as trustee/nominee for Mr Fishman (and in turn Mr Benkel).

The original joinder application was heard in June 2020 and was dismissed.

Determining whether the court had jurisdiction

As a preliminary point, the court had to consider whether it had jurisdiction to determine a dispute involving Mr Dikautschitsch as he was not domiciled in England. This involved consideration of whether Article 8(1) of Regulation (EU) 1215/2012, Brussels I (recast) applied and the judge was satisfied that it did. Note, the regulation continues to apply to proceedings in the courts of England and Wales where they were commenced prior to 31 December 2020 at 11pm, pursuant to the Civil Jurisdiction and Judgments (Amendment) (EU Exit) Regulations 2019, SI 2019/479, reg 92.

In this case, the judge determined that he had jurisdiction on the basis that the claims were so closely connected that it would be expedient to hear and determine them together to avoid the risk of irreconcilable judgments resulting from separate proceedings. The judge also considered the possibility that, if the claimant was successful, further proceedings might be commenced against another corporate entity, and that such proceedings might involve an overlap of issues of fact to the current proceedings. While a possibility, this did not impact the court jurisdiction over Mr Dikautschitsch to the current proceedings—his addition as co-defendant would remove the ‘clear and present risk of irreconcilable findings’. The judge observed that the court is not required to consider the possible risk of inconsistency of its findings and ‘possible further findings in a possible future case’.

Determining whether to order joinder

Was there abuse of process?

However, if that was not correct, then Morgan J stated that he would exercise his power under CPR 3.1(7) to make a different order, given that at the time of the previous joinder application it was not clear what Ms Helbert’s position was, ie that Mr Dikautschitsch was the beneficiary of the interests in East-West and Ms Helbert was merely the nominee for those interests.

Morgan J then considered what procedurally was required to join Mr Dikautschitsch and the impact on the proceedings: