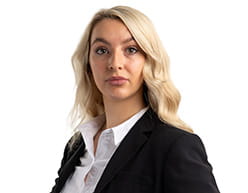 Historically, UK victims of a criminal assault in the EU were able to apply for compensation under the terms of a reciprocal arrangement with other EU member states.

The claims could be made either though the UK Criminal Injuries Compensation Scheme known as the CICA or directly through the appropriate body of the member state where the assault occurred.

The relevant EU directive which implemented these arrangements is Article 12 of the Council Directive 2004/80/EC (the Compensation Directive) and required each EU country to set up a national scheme of compensation to all victims of violent international crime. According to this law, all victims of violent intentional crime have access to the national compensation scheme in the country in which the crime was committed.

Of course each country was still different because each has its own system for compensating victims for the damage suffered if they are a victim of a crime. It was however a very useful piece of legislation which assisted UK individuals who had been the victim of crime in a EU country.

In the wake of Brexit, the route to apply for compensation in these circumstances is much less clear.Effectively now the UK has left the EU, the directive no longer applies and it is only if an individual country allows non nationals to bring a claim to their compensation body that a UK victim of crime can apply for compensation. In those cases, the CICA here in the UK will not be able to assist.

Specifically any claim to the CICA may only be made where the crime took place within the UK.

The Gov.uk website lists the following countries which continue to have compensatory schemes open to UK residents:

Notably, some EU Member States including Italy and Belgium are absent from the above list.

Claimants are now directed to apply to the British Embassy, consulate or High Commission to find out how to apply for compensation; the schemes are no longer streamlined through the CICA.

Claimants now firmly bear the weight of having to contact the British Embassy, consulate or High Commission on their shoulders.


What about the CICA?

The CICA published their latest guidance on 22 December 2020, only 9 days before the end date for the Brexit transition period at midnight on 31 December 2020.

There have been no further updates or guidance published by CICA to assist UK victims in these circumstances.

UK victims are able to follow through the EU e-Justice Portal, click through to the relevant country where the abroad violent crime took place, and receive instructions on how to apply for compensation.

Some countries, for example Italy, specify that only victims who reside in another EU Member State or those domiciled in Italy may apply for compensation.

Furthermore, there are specific time limits for each country and claimants may well be prevented from  bringing claims simply because they do not know the time periods in which a claim must be brought or that certain procedures including involvement with the police must have been gone through following an incident.

Although it appears that UK victims of crime can still apply for compensation in some EU countries, the ability to do so through CICA is no longer available.
Moreover the terms of recovery of compensation and entitlement to compensation can vary greatly depending on in which country the incident occurred. It is likely to be very different to the compensation that claimants could obtain in a claim for a violent crime which occurred in the UK.

We would always recommend obtaining comprehensive travel insurance to ensure that medical treatment and repatriation costs for example are covered where an incident has occurred abroad and often travel insurance policies include legal expenses cover which may assist with legal costs to investigate whether a claim for compensation is feasible.

Where an individual is considering a claim for compensation for criminal assault abroad post-Brexit, our advice would be that considerations of jurisdiction, prospects of success and likely calculation of compensation that may be recovered are evaluated on a case by case basis and expert legal advice should be sought.