PPN 04/21: Updated guidance on managing conflicts of interest in the employment of civil servants 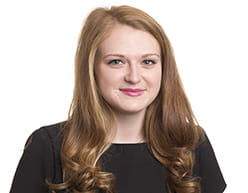 On 9 September 2021, the Cabinet Office updated its guidance associated with PPN 04/21 in the context of managing conflicts of interest in public procurement when employing civil servants.

The latest update to the guidance for PPN 04/21 focusses on managing conflicts of interest when employing former civil servants, or where civil servants are recruited or seconded from private sector organisations. PPN 04/21 is otherwise unchanged and our previous commentary on the remainder of the guidance remains up to date.

The employment of civil servants is a special situation which requires particular attention to ensure that suitable provisions are in place to manage any conflicts of interest arising. The updated guidance acknowledges that individuals transferring from government to the private sector may be associated with a higher risk of conflict interest as a consequence of transferring individuals' potentially having privileged access to contacts in Government, or holding sensitive information about competitors' businesses.

The Civil Service Management Code seeks to mitigate such risks and includes business appointment rules which apply to civil servants who intend to take up an appointment or employment after leaving the Civil Service. The rules are designed to ensure integrity, honesty, objectivity and impartiality in members and former members of the Civil Service and recognise that it is in the public interest that people with experience of public administration can move into other sectors.

The aim of the rules is to avoid any reasonable concern that a civil servant might be influenced in carrying out their official duties in the hope or expectation of future employment; that, on leaving the Civil Service, a former civil servant might improperly exploit privileged access to contacts or sensitive information; or that a particular organsiation might gain an improper advantage in employing someone who has had access to particular information whilst carrying out their official duties. The rules can apply up to two years after an individual leaves the Civil Service (for the most senior civil servants) and can place an obligation on civil servants to excuse themselves from involvement in certain activities, such as commercial dealings with their former department or involvement in particular areas of their new organisation's business.

The guidance for PPN 04/21 requires In-scope Organisations and suppliers to consider the rules in these situations as part of their conflicts of interest assessment and to apply a test of reasonableness in regard to any perceived conflict.

Practitioners must also be mindful of potential conflicts of interest arising when civil servants are recruited or seconded from private sector originations. These situations should also be considered and managed as part of In-scope Organisations' conflicts of interest assessment. Any mitigating action should be undertaken as necessary, including requiring staff or secondees to recuse themselves from dealing with their former employers for a particular period of time.

The updated PPN guidance serves as a useful reminder of the importance of managing conflicts of interest in special situations and of the potential risks and conflicts which could arise. The updated guidance highlights the additional checks which are necessary in special situations such as these and identifies the balance of considerations which practitioners should incorporate into their risk assessments to ensure that conflicts of interest are managed appropriately.

Finally, practitioners should also note that the conflicts of interest declaration form was updated by the Cabinet Office in August 2021 and In-scope organisations should therefore be careful to ensure that they are using the most up to date version in their assessments.