Agricultural Bill – sowing the seeds for a new beginning 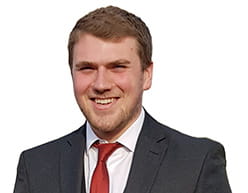 The exit from the Europe Union means that the UK will be leaving the European Union’s Common Agricultural Policy (CAP). The Agriculture Bill provides the legislative framework for the replacement agricultural support schemes. It provides a range of powers to implement new approaches to farm payments and land management. In England, farmers will be paid to produce ‘public goods’ such as environmental or animal welfare improvements.

Whilst a member of the EU, the UK annually receives £3.5 billion to support farmers under CAP. More than 80% of CAP payments that UK farmers receive are ‘direct payments’ based on how much land they farm. The remainder pays mainly for rural and environmental farm management schemes. The Government has pledged that the current annual budget to farmers will continue in every year of this Parliament. Direct farm payments going forward will be reduced on a sliding scale and the current system will be replaced.

The Agricultural Bill aims to make provision for the following:

Although some farming organisations and environmental groups both broadly support the new ‘public money for public goods’ proposal, the bill is receiving criticism from members within the farming community who want food production to be classified as a public good. This classification would mean food production would be more central to the Bill. The NFU has welcomed recognition in this Bill that “food production and caring for the environment go hand-in-hand.” There has also been a raised concern that there are no commitments to maintain
food and animal welfare standards for imports under new trade deals post  Brexit.

Approximately 62 farm and environment organisations wrote to Boris Johnson PM in January calling for legislation to maintain the UK’s exceptional standards. Despite objection, in May Parliament voted against an amendment to the Bill that would guarantee high standards for food and drink entering the country post-Brexit. At a time where the farming community have been recognised by the public for their contribution to food production and as being key workers during the Covid crisis there will undoubtedly be support for local producers and the concept from gate to plate.

In summary, the Bill aims to provide new financial assistance measures and to prescribe the governance of food and agricultural markets post Brexit whilst implementing procedures to allow for transparency and fairness in the agri-food supply chain. We will continue to review the developments and amendments to the Bill so watch this space - whatever the final agreed form this legislation will take, it will undoubtedly shape the future of UK agriculture.

Webinar: Achieving digital transformation in construction – where are we going and how do we get there?

Trowers & Knight Frank podcast: The impact on the retail sector