Stop the RoT: Retention of title and construction contracts 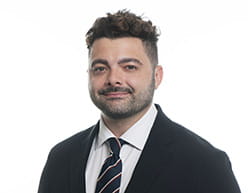 In the uncertain times in which we live and in circumstances where our sector accounts for ¼ of all UK insolvencies it is important to be clued up on what happens to goods and materials destined for use on projects in the event there is a failure in the construction supply chain.

Of course the answer is that it depends.

As between the Employer and Contractor, the positions under the published form of the JCT Design and Build Contract (2016 edition) are straightforward. Rehearsing some scenarios:

Simple enough, no? The key tension lies in the relationship between the Contractor and the company who have supplied the materials, the Supplier for our purposes.

What happens when the Supplier has delivered the goods to site but not received payment for them, in circumstances where the Contractor has been paid under their JCT and those items have been included in an interim valuation? Most supply contracts contain a 'retention of title' clause which provides that title in the goods does not pass to the Contractor until payment has been made to the Supplier. The position without such a clause is that title passes on delivery.

We're back to considering the status of the goods themselves. If the goods have been incorporated into the works the 'retention of title' clause will be largely ineffective and the Supplier will rank only as an unsecured creditor in the Contractor's insolvency.

However, things get tricky where the goods are sitting on site and have not been incorporated into the works. In these circumstances the 'retention of title' clause may offer some legal assistance to the Supplier. It does not mean that the Supplier can round up the heavies, walk on to site and recover its goods; that is likely to be a trespass - see "Old Fashioned Way".

Of course an Employer can always do nothing and rely on the fact that it is a bona fide purchaser for value without knowledge of the retention of title clause. However, there is a risk the Supplier can obtain an injunction or bring a civil theft claim (Conversion).

So what can an Employer do to mitigate the risk to goods for use in its project?