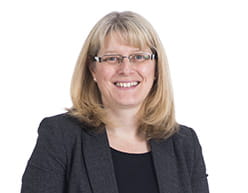 Over the following decades the requirement to first register land following a trigger event, such as the transfer of land, was rolled out across the country on a region by region basis.  In some areas such as Bristol and London compulsory registration came early on (in 1967 for Bristol and even earlier for parts of London).
However, in some areas of the country such as West Devon compulsory registration came much later, in the case of West Devon it was not until 1988.
The obvious consequence of this is that some areas of the country have a much higher proportion of unregistered land than others.  In addition, in rural areas that were late coming up for compulsory registration where there is often also a high proportion of farm land which has been held in the same farming families for generations, no trigger event may have occurred since, for example, 1988 increasing further the amount of unregistered land in those areas.
The Land Registry currently run a fee system whereby people can voluntarily register land at a lower fee than would be payable if the land came up for a compulsory registration upon a trigger event.
There are many advantages to having land registered, and particularly agricultural land, not least the fact that the extent of your land and the ownership of it is defined in a public register, making claims for adverse possession much more difficult.  In addition, the current COVID-19 situation has highlighted further advantages of registering your land.  With solicitors working largely from home at present, with easy access to the Land Registry website and portal, it has been much more straightforward to move transactions forward quickly and share title information in respect of land between professionals where the land is registered.
If you are unsure as to whether your land, farm or rural property is registered or unregistered, do speak to somebody within the rural and agricultural team at Trowers and Hamlins LLP.  We have expert knowledge in dealing with unregistered land and would be happy to help you through the process of determining whether your land is registered or unregistered, and if it is unregistered, in dealing with the voluntary registration for you.

To vaccinate or not?

Webinar: Trowers Tuesdays - why 2021 is the year of employee culture?

Another extension to the Coronavirus Job Retention Scheme

Webinar: welcome back to Trowers Tuesdays!