Transition from LIBOR in the loan market 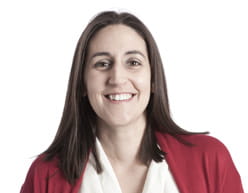 Ever since Andrew Bailey, Chief Executive of the Financial Conduct Authority (FCA), announced in 2017 that the FCA would no longer compel LIBOR panel banks to continue making LIBOR submissions after 2021, working groups have been trying to identify alternative benchmark rates to use in its stead. The rates they have identified, referred to as risk free rates or RFRs, are overnight virtually risk-free reference rates which are calculated on the basis of real transaction data.

In order to manage the transition to RFRs and reduce risk, market regulators are expecting significant progress to be made in 2020, setting a target of no new LIBOR issuances from the third quarter of 2020.

Unfortunately, transitioning from LIBOR to an RFR is not that simple. Forward looking RFRs, the most natural substitute for LIBOR, are not expected to be available in the short to medium term and the RFRs identified are more complex and calculated in arrears but as yet there is no market consensus on whether it is the rate itself or the interest payable which is compounded. There are, therefore, a significant number of operational differences between LIBOR and the RFRs which the loan markets will need to consider.

Differences between RFRs and LIBOR

LIBOR is a forward looking rate, is published as an overnight rate or by reference to periods of one week, one month, two months, three months, six months or twelve months. As LIBOR rates are published in advance for different tenors, all parties have certainty when selecting an interest period for a loan as to their interest exposure for that period.  RFRs, on the other hand, are backward looking rates calculated by reference to eligible transactions carried out the previous business day. SONIA, for example, represents the rate paid on eligible sterling deposits and the rate for any given day is available at 9am on the following London business day. So with an RFR you do not know, and cannot calculate, the amount of interest payable over a given period until that period ends.

Originally LIBOR was calculated as an average of the rates at which banks could borrow funds from one and other in the market for particular periods.  As a result LIBOR rates included a credit premium, reflecting one bank's perception of another's risk of defaulting, as well as an element of 'term' risk which increased as the period for which funds were being borrowed lengthened.  RFRs do not price in either of these elements.

As part of the ongoing transition away from LIBOR, the Loan Market Association (LMA) has published exposure drafts of two single currency term and revolving facility agreements that, broadly, indicate how parties may wish to calculate interest by reference to RFRs.

The exposure drafts are intended to further discussions on a number of issues relating to the use of RFRs in lending transactions as there is, at present, insufficient loan market activity to allow the LMA to prepare replacement recommended documents.

One of the key problems which the LMA exposure drafts have to contend with is that the RFR for any given day is not published until the following day and, as a result, it is not possible to calculate the interest rate for any interest period until after it is over and the RFR for the last day of the interest period has been published. Not knowing the amount of interest they will have to pay at the end of an interest period is clearly problematic for borrowers who need certainty as to their obligations.

Under the exposure drafts, if the Primary Screen Rate (a compounded average of the relevant RFR produced by a third party using a transparent and commercially acceptable calculation method) is not available then interest is to be calculated by reference to a daily rate compounded over the observation period. The formula for calculating this rate has not yet been determined, however. If this daily rate is not available then the exposure drafts provide for a daily rate which matches the Bank of England’s short-term contingency methodology for calculating SONIA by using the Bank of England’s Bank Rate plus a credit risk adjustment spread taking account of any potential variation between SONIA and the Bank of England's Bank Rate. The cost of funds provisions are then to be used as the ultimate fallback. Of course, given a bank’s cost of funds will also reflect its credit risk premium, in circumstances where an adjustment spread is accounted for by way of an increased margin, the addition of cost of funds to the calculation could result in a double recovery for lenders.

It should be noted that the exposure drafts are still a work in progress. There are likely to be a great number of provisions which require updating and which may not be appropriate in a post LIBOR world.

Chief amongst these are the break cost provisions, inserted into the LMA's recommended form facilities agreements to protect lenders in instances where a borrower repays or prepays a LIBOR priced loan prior to the maturity of the underlying deposit that was used by the lender to fund the loan. To fund the interest on that underlying deposit, the loan agreement requires the borrower to compensate the lender through the payment of break costs. These break costs enable the lender to repay its own matched funding, which has accrued throughout that period.

In reality, lenders do not tend to rely on matched funding to finance their loans. However, post LIBOR, break cost provisions could prove problematic for lenders in secured transactions. Lenders will not want to release their security until they have been repaid in full and the backward-looking nature of RFRs will mean it is impossible for parties to determine the interest that a lender would have received had a loan been repaid at the end of an interest period. It may be that the market corrects this issue by introducing fees to discourage early repayment and to compensate lenders.

With regulators increasingly focused on the transition away from LIBOR, lenders need to focus on updating their back-office systems so that they achieve operational readiness by the third quarter of 2020.
In particular, they will need to pay close attention to funding timetables to ensure they accurately reflect the publication times for each currency and provide sufficient time to communicate rates and make necessary payments.

In addition to operational updates, numerous documentary changes will be required to reflect the move to the new RFRs. Whilst the market position on the use of RFRs in loan transactions settles, which will enable the LMA to update its recommended forms of loan documentation, there are changes which lenders can make to their documentation now. In the short-term, the LMA has produced a Replacement of Screen Rate clause which has been drafted to aid the transition process for syndicated loans by lowering the lender consent threshold. As we transition away from LIBOR and market practice and infrastructure develops, the LMA will no doubt release further documentation and lenders would be wise to ensure their loan documentation reflects the latest LMA update.

Including the mechanics for calculating compounded averaged RFRs may not, however, be appropriate in all cases and when updating legacy LIBOR loans or entering into new transactions lenders need to consider whether using RFRs is the best option.  Given the complexity of establishing a LIBOR equivalent RFR, Islamic finance institutions as well as lenders making loans available to smaller corporate wealth or retail clients or for trade and working capital purposes may wish to consider using central bank rates as the underlying benchmark for floating rate loans or fixed rates of interest.

A further consideration for lenders will be the effect the transition will have on their hedging arrangements. It is not uncommon for lenders to hedge their positions by tying interest swaps to the interest rate mechanics in their facilities agreements. Any adjustment to the benchmark rate could cause a mismatch in payments under their hedging arrangements and so it is critical that parties stay on top of any changes that are required across their financial products and make the necessary amendments.

Finally, it is imperative that lenders keep themselves informed of the latest developments, engage with clients and internal stakeholders and respond to any industry consultations and initiatives. With 2021 fast approaching, now is the time for market participants to embrace compounded rates, review their operations and documentation and focus on making the transition away from LIBOR.