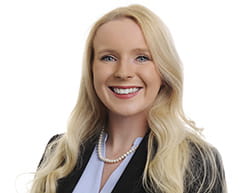 As we approach the Chancellor's first budget for the new Government on 11 March (correct at the time of publishing amid speculation that a new date may be announced in light of the appointment of a new Chancellor), we revisit industry discussion of the last year around the existing Inheritance Tax (IHT) system and the likelihood of imminent reform to the regime.

In July 2019, the Office of Tax Simplification (OTS) published a report on the main complexities of IHT and how these issues could be reformed (analysed in more detail here). The OTS report explored streamlining the various existing small gift IHT exemptions into one single personal gift allowance and more critically, suggested that higher trading thresholds should be introduced for the valuable Business Property Relief (BPR) to take effect. It did not, however, look at policy - i.e. whether IHT as a whole should be replaced by something else.

In January 2020, the All-party Parliament Group (APPG) published a report on the Reform of IHT, reviewing inheritance and intergenerational fairness, dealing with more radical proposals and bringing these issues back to the forefront of discussion.

This report made the following suggestions:

It is possible that the Government could announce changes to take effect from the date of the budget. With eyes still on Brussels though, and in contemplating what could be the biggest shift in estate taxes for a generation, it is more likely that the Government will want to extend the consultation period before hurrying legislation through, which may mean changes are not seen until April 2021 and beyond. There is always the possibility however that anti-forestalling measures will be written in as part of the 2020 changes, as a set of interim reforms to limit tax avoidance and pre-planning. Any incoming changes will be unlikely to intentionally facilitate a fall in IHT receipts, ultimately to result in a heavier tax burden on wealthy families.

Whilst there is surrounding uncertainty, it could be prudent to accelerate any tax planning already underway before any announcements are made which begin to limit the reliefs currently used and relied upon. It is always important to keep estate planning up to date as tax laws change, and as what might prove to be a key budget approaches, this is a particularly important time to carry out that review. Individuals and families already contemplating substantial gifting should consider accelerating these plans prior to budget day.

Covid-19 returning to the UK, advice for ex-pats

VAT treatment of remedial cladding works - zero is the hero

Covid-19 and Will signing in the social distancing era