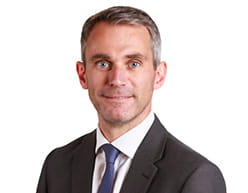 On 26 June 2020, The Corporate Insolvency and Governance Act 2020 (the CIG Act) came into force following an accelerated parliamentary process. The government introduced the CIG Act in order to help businesses survive the economic repercussions of the Covid-19 pandemic. The CIG Act introduces both temporary and permanent changes to the rights and obligations of insolvent and struggling businesses.

Section 14 of the CIG Act limits the exercise of 'ipso facto' rights within supply contracts following a customer's insolvency.

This article focusses on the implications of section 14 of the CIG Act for the Construction industry.

However, under section 14 of the CIG Act, a Supplier cannot exercise a contractual right to terminate a contract or "do any other thing" (an Ipso Facto Right) during the Customer's insolvency period if:

Effectively therefore, the basic position is that if a Customer goes bust then the CIG Act will come into play and 'denude' any contractual provision which would otherwise have entitled a Supplier to terminate or "do any other thing" in relation to its contract with the Customer following its insolvency.

As such, unless any of the CIG Act's exemptions apply (see below), there is a risk that a Supplier may become 'locked-into' supply contracts with insolvent Customers.  In addition to prohibiting termination, the CIG Act also prohibits a Supplier from making its continued performance (i.e. supply) under the contract contingent on the Customer's payment of pre-insolvency period debts.

The potential ramifications of the CIG Act for the construction industry are therefore extremely significant.

Under what circumstances can the Supplier still terminate / exercise an Ipso Facto Right?

Under the CIG Act, a Supplier may still exercise an Ipso Facto Right if:

As a result of the CIG Act, a Contractor would be prevented from exercising its right to terminate due to the Employer's insolvency under clause 8.10 of both the JCT 2016 Standard Building Contract (SBC) and the JCT 2016 Design & Build Contract (D&B).  Whilst section 14 of the CIG Act prohibits a Supplier (e.g. a Contractor) from exercising an Ipso Facto Right as a result of a Customer's (the Employer's) insolvency, it may be possible for a Supplier (e.g. a Contractor) to nonetheless avoid being 'locked into' the contract under certain circumstances.

The CIG Act does not appear to prevent a Contractor from terminating under clause 8.9 of both the SBC and D&B as a result of non-payment by the Employer.  In the event of non-payment by the Employer following the Employers insolvency, a Contractor therefore ought to be able to terminate the contract at that point and avoid being 'locked-in'.  However, clearly there is potential for there to be a significant period of lag between an Employer entering insolvency and the Employer subsequently failing to make a payment that had subsequently fallen due thereby giving the Contractor a right to terminate for non-payment.

In addition, the CIG Act does not appear to 'denude' s122 of the Construction Act, under which a Supplier has a statutory right to suspend performance when a due payment has not been paid by a Customer after seven days' notice.  This is because the CIG Act appears to restrict contractual rights, but not statutory rights such as rights under s122 of the Construction Act.  In addition, the Supplier's right to suspend performance under s122 arguably arises as a result of non-payment by the Customer, not the Customer's insolvency itself (although could occur simultaneously in practice).

The industry will await any guidance from the Courts as to how the new legislation interacts with s122 of the Construction Act with great interest.

In the first instance, Suppliers should be alert to signs that a Customer may be struggling financially so that they can choose to exercise any Ipso Facto Rights before the Customer becomes insolvent and therefore before the Customer secures protection from termination under the CIG Act.  Early indicators of potential insolvency may include a high turnover of staff, lack of correspondence / response to correspondence, lack of progress and removal of equipment from site.

If a Customer becomes insolvent, Suppliers should consider whether they are able to benefit from one of the statutory exceptions, particularly the exceptions for "small entities" and "financial hardship".  However, a Supplier (e.g. a contractor) considering the "financial hardship" exception should keep in mind that an application to the Court to seek a declaration that it should be entitled to terminate its contract as a result of the Customer's insolvency could lead to problems with its own suppliers if they hear of the application and begin to fear that the Supplier itself may be under threat of insolvency due to the Customer's financial problems.

Suppliers must review their existing supply contracts and evaluate the impact of the CIG Act on their current rights and obligations.  Suppliers must also consider the CIG Act and its implications when negotiating future supply contracts, as the CIG Act provisions will override any incompatible clauses.  It may be possible to negotiate and introduce additional protections into future supply contract to avoid some of the problems referred to above, for example by introducing clauses that enable a Supplier to terminate a future contract in the event that certain 'early warning' events of future Customer insolvency occur, or potentially introducing a right for a Supplier to terminate 'at will' (which is currently almost unheard of  in the context of a Supplier as a Contractor under a Building Contract).