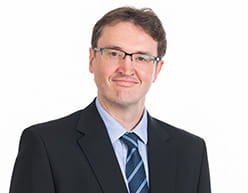 The Covid-19 crisis has made the witnessing of legal documents challenging, particularly for people who fall into a higher risk category and those who need to ensure social distancing. Nowhere is this more of an issue than in the signing of wills that must follow very strict rules in order to be legally enforceable

The issues surrounding the implementation of a Will during the pandemic are discussed in our previous updates here and here.   Broadly, in order for a Will to be validly executed, it must follow the guidance as set out in the Will Act 1837. The Testator (the person making the Will) must sign the Will in the physical presence of two independent witnesses who must not only observe the Testator signing the Will but must then physically sign the document themselves.

There are minor exceptions to this but for most wills to be legally valid this procedure must be followed to the letter.  The witnesses themselves must be over 18 and must not benefit from or be married to anyone who benefits under the Will.

Clearly, being in the physical presence of the witnesses could be very challenging to those in hospitals, care homes, at risk categories and those shielding for themselves or each other.

This is something already permitted in law  for example witnesses having sight through an open door, or via a corridor or being a short distance away in a garden.

On 18 July 2020, in recognition of the difficulties presented by traditional signing and 'clear line of sight' witnessing, the Government announced their proposal to legalise wills that were witnessed by live video link from 31st January 2020 to 31st January 2022.

Given the limitations that many people have faced in complying with existing laws, it is welcomed that the Ministry of Justice has listened to the concerns and taken steps modernise the process during these times. Whilst the proposed amendments come much later than many other jurisdictions who addressed these issues earlier in the crisis (for an example on the DIFC approach in Dubai see our update here), it does highlight that it is not a light decision to change laws and processes which are ultimately designed to protect the vulnerable from fraud and duress. The legislation is however, unusually, to be retrospectively enforceable back to January 2020 which may be in recognition of the time lag in addressing these issues.

The government has made it clear that being present in the same room is still the preferred course of action to make a legal will and that witnessing of wills by live video link is very much the last resort and should only be considered if signing in the usual way cannot be carried out.

The legislation itself is not due to be published until September 2020 but the government has indicated how the changes will work in guidance recently published.

The circumstances which the legislation will cover is as follows:-

In all cases the video link must be of good quality and have sound. It is recommended that the videos are recorded and saved in case of challenge or query regarding the actual signing or undue influence.

The government advise that best practice dictates that all parties must sign within 24 hours.

When the witnesses sign, that act should also be videoed with the Testator and other witness in the same fashion as when the Testator signed.

The document will not be valid until all three parties have signed.

Video witnessing of Wills should only be considered as a last resort where physical or 'line of sight' witnessing is not possible or advisable.

Great care should be taken to ensure the guidance from the government is followed, particularly as full legislation has not yet been published.

It is not yet clear whether or how the new rules will address issues such the jurisdiction that the relevant parties are located in during a will signing exercise over a video call. Extra caution should therefore be taken when individuals may not physically be in the UK or where there is an international element to the Will or estate.

We recommend that professional advice is always taken when putting a Will in place. An invalidly executed Will not only increases the difficulties families face when dealing with the estate of a relative, and can lead to litigation, intervention from the courts and often not insignificant costs in trying to rectify matters post death.

For further updates once the draft legislation has been published, please subscribe to our Private Wealth mailing list here. Our experts can be contacted on the details below for advice on putting a Will in place, especially where the new rules may need to be relied upon.