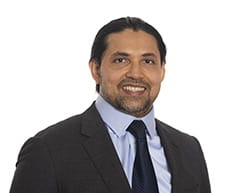 As countries around the world impose lockdown measures that are necessary to protect their citizens and healthcare systems from the impacts of Covid-19, the economic costs of the Covid-19 pandemic continue to mount.

Notwithstanding that governments around the world have introduced loan repayment moratoria, business support packages and other measures to businesses and borrowers affected by the pandemic, many businesses will struggle to remain afloat over the coming year and lenders will be weighing up the risks and obligations under their financing agreements in the months ahead.

Many lenders will be considering whether they can rely on material adverse change or material adverse effect (MAC) provisions in their financing agreements in order to accelerate a facility, exercise rights to a draw stop and/or seek further security.

A MAC clause generally protects the banks from circumstances giving rise to a material adverse effect on a borrower's operations, business, assets, and financial condition. Although a bank and borrower may, of course, negotiate specific language that provides more or less protection, well drafted loan agreements typically contain representations, conditions precedent to borrowing and events of default concerning MAC.

There is relatively little English case law on the interpretation of MAC provisions, partly because lenders are generally reluctant to accelerate facilities on the basis of a MAC provision. The leading English court case on this subject is Grupo Hotelero Urvasco v Carey Value Added SL and Another [2013] EWHC (Comm) 1039 (GHU v Carey), in which the court laid down the following principles on MAC:

Invoking MAC as a result of Covid-19 pandemic

The question as to whether the Covid-19 pandemic and/or its effects on a borrower constitute a MAC is dependent on a number of factors, including among others, the express language of the MAC provisions, actions taken by governmental authorities, industry-wide effects of the pandemic and special circumstances affecting the borrower. However, as a general rule without a careful examination of the MAC clause in the relevant loan agreement, we would advise banks against invoking the MAC event of default on its own to accelerate loans.

Wrongful exercise of MAC and other considerations

Given the evidential difficulties in establishing MAC, the lenders should be careful in considering whether to invoke a MAC provisions as the lenders may run the risk of becoming liable for repudiatory breach of the underlying financing agreement and payment of substantial compensation to the wrongfully defaulted parties that may be potentially expensive if that breach drove the wrongfully defaulted parties into insolvency. In view of the introduction of enhancements and measures by governments and central banks to support the economy during the Covid-19 pandemic, the lenders should consider whether it is against public policies to invoke MAC provisions.

The lenders should take into account the possibility of inadvertently giving an implied waiver, election or acquiescence if the lenders take no action or delay taking action and/or does not reserve its rights when considering invoking MAC provisions as it may prevent the lenders from calling the financing in reliance of breach of such MAC provisions in the future.

As a general point, even if lenders are suffering from liquidity issues, it would be prudent to consider the effect of invoking MAC clauses could have on their reputation, particularly against previously performing borrowers. It would perhaps be wise for the lenders to only consider invoking such provisions against historically underperforming borrowers.

Even if the Covid-19 pandemic itself does not give rise to a MAC, there are other clauses in a loan agreement, in particular events of default, which could be triggered as a result of the impact of the Covid-19 pandemic on the financial health of a borrower which may be relied upon by lenders on a case to case basis as a draw stop to lending, including breaches of financial covenants and certain insolvency triggers being breached.

Thus far, we are not aware of any lender relying solely on MAC provisions to exercise its right to accelerate a financing. This may be attributed to the high hurdle in establishing MAC as well as significant risks for a lender if it gets the call wrong. Nonetheless, MAC provisions offer a basis for a lender to take precautionary actions as early as possible to safeguard its interests, including obtaining further information from a borrower and engaging early in discussions with a borrower to better asses its financial position and prospects.