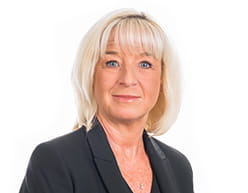 It is generally well known that when a UK resident individual makes a gain on the disposal of an asset whether by a gift or on a sale he will be liable to Capital Gains Tax (CGT) on the gain.

The general rule regarding CGT

Every tax year an individual is entitled to an annual allowance, currently this stands at £12,000 and subject to the deduction or any permitted expenditure (and any available reliefs or exemptions) the gain will be taxed at either 10% or 20% depending on the rate of income tax that individual pays. If the gain is in relation to a residence then the tax rates increase to 18% and 28%.

However, there are some anomalies where the gain is in relation to the disposal of a chattel.

So, what is a chattel? For CGT purposes it is defined as "tangible moveable property" such as jewellery or furniture. A "wasting chattel" is one which as a life of 50 years or less which could be a race horse!

Gains on some chattels are always exempt such as cars, ISA shares and wasting chattels. However, unless an asset type is listed in the legislation as exempt it will be a Chargeable Asset and the profit will be subject to CGT at the rates mentioned above.

Exceptions to the general rule

There are however three particular exceptions that need to be considered when a gain or a loss arises on the disposal of a chattel:-

Step 1 – calculate the gain in the normal way

The 5/3 rule can be used here as it is the sale of a non-wasting chattel which sold for more than £6,000

There are also some anti avoidance provisions in the main these will include:

1. series of disposals to connected persons

If assets from a set (such as one antique chair from a set of 6) are sold individually in a series of disposals to the same person or connected persons, the disposals are all treated as one transaction and the 5/3 chattels rule is applied to the aggregated sale proceeds

An individual must also by cautious of being treated as a trader and ultimately taxed at what could be a higher rate. There are specific rules which will apply and Tests known as badges of trade have been developed to determine if someone is trading and these include looking at issues such as the length of ownership, the number of transactions made, profit seeking motive and the nature of the asset.

If you are contemplating making any sale or gift of any such items and would like to consider your tax position do get in touch.