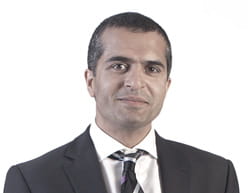 On 4 September 2019, the UK Law Commission (Commission) published a report and summary confirming the validity of electronic signatures following the completion of its 13th Programme of Law Reform project started in January 2018.

An electronic signature is capable in law of being used to execute a document (including a deed) provided that (i) the person signing the document intends to authenticate the document and (ii) any formalities relating to the execution of that document are satisfied. An electronic signature is admissible as evidence in legal proceedings. The scope of the Commission's report covers commercial and consumer documents including trust deeds and lasting powers of attorney, but excludes wills or registered dispositions under the UK Land Registration Act 2002.

Whilst electronic signatures can be used to sign formal legal contracts under English Law, the Commission has specified that where a witness is required (such as in executing a deed), the witness must be physically present to comply with the witnessing formalities. "Remote" witnessing is therefore not permitted given the current UK legal framework. The Commission however recommends that the UK Government consider legislative reform to allow for video witnessing in the future.

In its report, the Commission also considers the practical challenges in using electronic signatures, for example, the cross-border nature of some transactions, physical witnessing requirements, security of different technologies and susceptibility to fraud. The Commission recommends that an industry working group with an interdisciplinary membership be formed to consider best practice guidance for the use of electronic signatures in different transactions. The Commission even goes so far as to recommend a future review of the law on deeds and its fitness for purpose in the modern world.

Structuring a Business: Your Essential Considerations