The discontinuation of LIBOR 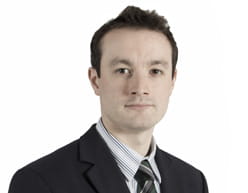 The Financial Conduct Authority has announced that it will no longer compel or encourage banks to provide quotations for the London Interbank Offer Rate (LIBOR) after 2021. It is suspected that this will be the end for LIBOR.

Given its prevalence in loan documentation, two issues have arisen:

A number of benchmarks have been proposed for its replacement. The most prominent is the Sterling Overnight Index Average (SONIA). Lenders cover their short term funding requirements by entering into unsecured overnight transactions and SONIA is calculated from the average interest rate across those transactions. It is fixed overnight in arrears and published on the next business day. LIBOR is fixed in advance and requires a judgment call from the quoting bank. Such judgment calls have been open to manipulation. LIBOR is also speculative and includes a risk premium to ensure that the quoting bank is protected from any unexpected spikes in its cost of borrowing during the LIBOR term. As SONIA is based on actual transactions, there is no need to include any risk premium and it is less susceptible to manipulation.

The advantage of LIBOR is that it provides a borrower with interest rate certainty for the LIBOR term and cashflow can be planned accordingly. SONIA is not a "look forward" benchmark. Further, it is unclear whether the banks will have the infrastructure to be able to deal with a daily SONIA rate and apply this to their existing loans by the end of 2021. Loan documentation is also likely to be required to be heavily amended as LIBOR calculation mechanics are not analogous to calculating SONIA.

The Bank of England is considering the most effective way to combine the best elements of LIBOR and SONIA. A term SONIA benchmark has been mooted which would combine the look forward element of LIBOR with the real transaction basis of SONIA. Whatever benchmark is selected, the Bank of England concedes that a fair spread adjustment will be required to ensure that neither party is too adversely affected by the change to ensure that there is no transfer of value.

In existing loan agreements, the temporary suspension of LIBOR is often anticipated but the permanent discontinuance is not. The Loan Market Association (LMA) has been proactive in preparing for a world without LIBOR and in October 2018, it published its "Replacement of Screen Rate" wording. Although this has not been universally accepted by lenders, crucially it requires that any selection of a replacement benchmark is for both the lender and the borrower to agree. We recommend to any borrower that this wording be included as it is vital that they have a seat at the table, given this will directly affect the cost of their existing loans.