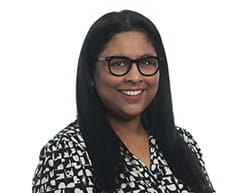 Strategic land firms and developers play a crucial role in the identification and assembly of sites and create housing opportunities which may not otherwise exist. But what exactly is strategic land and why is it so important?

Strategic land is the creation of development opportunities which do not yet have planning permission, in innovative and creative ways to bring forward land that may:

The successful development of strategic land sites usually requires a systematic and methodical approach to be adopted by developers that sees them shoulder financial exposure, without any return from their investment for a number of years. This includes planning and consultation costs but, in recent years, also includes undertaking preparatory and infrastructure works.

In order to deliver the volume of housing numbers the UK needs to serve the increasing population, via strategic land sites, there are a number of challenges which developers, whether large scale/national developer or small to medium size, need to address.

The foremost challenge to developers remains the process of obtaining planning permission for development.

Many local authorities are keen to assist in the process, particularly where a site has been identified for development. They will invite developers to consult with them months before an application is submitted – usually by way of pre-application meetings and consultations. However, some sites are not yet 'allocated' in the relevant local plans and often these plans are not up to date. Strategic land developers therefore need to undertake extensive works in bringing forward and 'promoting' these sites through the release processes.

This can increase the cost, but will work to reduce the risk of a site being actually rejected for planning once an application is submitted.

Furthermore, whilst a site may have been identified for development, a developer has to consider other factors such as planning policies, viability thresholds, local resident and other objections and this can impact the prospects of a planning application being successful.

The planning process can take years, particularly if the site in question has not yet been allocated, so it is often only the larger housebuilders and strategic practices who can shoulder the expense.

Notwithstanding this, steps are and have been taken to streamline this process for example in recent years the judicial review period has been reduced from three months to six weeks. The revised National Planning Policy Framework PPF encourages front loading viability to local plans to remove this complex and costly issue from the planning application process. For the smaller developer, their focus will be on smaller sites, usually in built up or already allocated areas. Even if the site is otherwise likely to be successful, sufficient objections from existing residents can halt a development scheme.

It remains a fine balance for all local authorities to manage both the expectations of its residents, but also the increasing demand to deliver homes.

The largest cost remains the acquisition of a site itself and the subsequent expense incurred in preparing it for residential development.

Site values are always driven by demand. Where a site is a "quick win" (i.e. for which planning can be obtained quickly making it particularly attractive to smaller developers), the demand will impact the price.

Acquiring such sites means developers do not have to build the infrastructure to support the housing – fewer/no roads to be built for access, fewer development needs such as the creation of schools and smaller financial contributions required.

Contributions to such infrastructure can place a huge pressure on profit margins and timescales. 'Social' and softer infrastructure needs to be considered as well. This means a site that would otherwise be ideal for development may not be considered by a smaller developer and the profit margins would not be attractive for a larger one. Unless the price of the site reflects these factors, it can have the impact of effectively sterilising development on a site. However land owners will remain reluctant to sell at lower prices or will seek future returns through overage mechanisms.

Developers also frequently have to deal with historic legal restrictive covenants registered against the titles to the site which may be obsolete, historic or inconclusively drafted. Remedying such matters can lead to substantial payments having to be made by developers who have to bear the cost of indemnity insurance premiums or compensatory payments to the benefiting land owners.

In recent years we have seen the Government demonstrate how committed it is to assist with the burden of costs, particularly for smaller and medium scale development. For instance the Government has recently awarded £450 million to support local authorities in preparing sites for development via the Local Authority Accelerated Construction Programme.

In addition the Mayor’s office submitted applications to forward fund up to £4.1 billion towards the construction of infrastructure to support smaller schemes where a lack of sufficient infrastructure is a hurdle to sites being brought forward for development.

This is crucial to support our housing and development sector particularly through difficult times and we expect we will see further innovations of this nature over the coming years.