A flexible future for retail 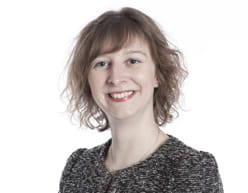 
It has been a bloody time of it on the UK’s high streets. In the recent past, a string of household names, including BHS, Debenhams, M&S, and House of Fraser, have either ceased trading or announced store closures, quite a death toll.

What is often overlooked is that many of the retail assets are owned by pension funds and the downward pressure on rents has the potential to affect pensioners and pension-savers. Melanie Leech, Chief Executive of the BPF, recently countered the comments about landlords being greedy stating that "there will be a range of factors to consider on a store-by-store basis but what property owners won’t be doing is simply leaving stores empty for the sake of it, that would be in no one’s interests.”

But the fate of some of the stars of the retail sector is only part of the story. Smaller, less well-known retailers have been shuttering their windows too: at the beginning of the summer, the Local Data Company stated that 11.2% of the nation’s retail units stood empty. So how can our high streets and shopping centres fight back?

According to Katie Todd, Real Estate Partner at Trowers & Hamlins, the first thing to do is to recognise that while there are universal challenges – not least the unstoppable rise of internet shopping – all retail centres are unique. “The high streets that aren’t doing well need to be evaluated on a case by case basis because no two high streets are the same,” she says, adding that lessons from successful areas with similar demographics could be learned and replicated.

“Once differences, including the demographic make-up of a catchment area have been understood,” she adds, “council leaders can tailor their strategies to suit local need.

"If you have a young demographic, they’re not really interested in going and buying their goods; they want to go and have an experience,” says Todd.

“So, you’re talking about taking high street centres and turning them into places where, yes, they can shop but also somewhere they can grab a coffee, have some dinner, have a drink, maybe just hang out with friends and play some indoor crazy golf. With an older, less affluent demographic, you need to bring in community uses, giving people somewhere to congregate, which would also benefit retailers because it would generate footfall.”

Of course, if such strategies are to be sufficiently nimble to avoid units remaining vacant for long periods of time, the planning system needs to be far less prescriptive about how buildings are used.

"I think there needs to be more flexibility so that when landlords are faced with empty units you can change it to something that is a different use and don’t have to go into planning every time,” says Todd.

Such a change would be likely to require intervention from central government, with local planning authorities directed through planning policy to amend use class restrictions. “If each landowner could be master of their own destiny, then would the market be more capable of correcting the situation?” asks Yvette Bryan, Real Estate Partner at Trowers & Hamlins. “The system could be much more responsive and avoid a downward spiral more effectively.”

Regional centres that are seen as doing well such as Exeter, Bristol and Plymouth in the South West are those that are driving a regearing of the retail area, with a tighter focus on a prime retail patch and a move to develop neighbouring areas into complementary dining, leisure and cultural quarters with their own distinctive identities that feed into, and draw from, footfall in the retail core.

This is being coupled with an integration of residential accommodation that adds to the general buzz around these areas, and a wider strategy from savvy local authorities to develop and promote heritage, cultural or other brand identities that increase their pull as destinations in their own right and expand the wider catchment for live, work and visit.

Then there is the not insignificant issue of business rates. When the new valuation kicked in early this year, there were winners and losers – the system is designed, at least in theory, to be revenue neutral. However, a challenge that all retailers face is the fact that the current business rates regime favours online retail. “The physical stores have a much higher tax base than the online stores,” says Bryan. “The system simply has to change to reflect modern retail.”

However, the challenges faced by retailers aren’t just down to internet shopping and business rates. The rise of destination malls is also playing its part, with vacancy rates at Westfield London low by national standards, for instance. “Some of the glamorous retailer schemes like Westfield are very successful in attracting retailers and consumers,” says Bryan. “Your local area needs to offer something that a Westfield or the equivalent can’t offer.”

Such a strategy could involve offering competitive rents to start-up companies, thereby ensuring that local centres offer something genuinely different. However, Bryan warns that some landlords may resist such a move. “If a landlord is looking to replace a retailer that has gone bust, in an ideal world it’s going to want a like for like covenant,” she says. “But given how much empty space there is at the moment landlords are looking at these issues and how they can build more flexibility into their asset.”

Councils too may be able to help. The last two years has seen a sharp increase in local authorities buying up commercial assets, according to research from Savills, so the public sector is increasingly in a position to offer discounts to innovative young companies. “If they’re buying it in order to breathe life back into their communities they could have the flexibility to provide lower rents and possibly hybrid turnover rent leases or rent holidays,” says Bryan.

Finally, it is possible that new models will emerge that will take the WeWork model of providing landlords with a long lease, but then renting space to retailers on a flexible basis. For example, Appear Here has pioneered and built an enormous profile, growing quickly and fulfilling the need for short term lets in this context. It’s an interesting idea, but one with several challenges that would have to be overcome.

"Maybe a shopping centre landlord might recognise that their centre isn’t working and they decide to turn it into something flexible and funky,” says Bryan.

“But companies with leverage won’t always be able to do it because they will be beholden to the banks’ cooperation. Banks will be flexible to save an asset – but only up to a point.”