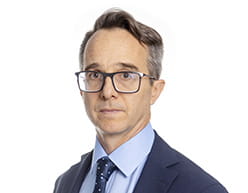 
The issuer (Golden Belt 1 Sukuk Company) and various hedge fund investors sued BNP Paribas (BNPP) alleging that BNPP had "negligently failed to take sufficient care or steps" to ensure that it had security over the assets...

...used to back the Golden Belt sukuk issued in Saudi Arabia. The negligence and breach of contract stem from a $650 million Islamic finance transaction which was rendered worthless because the bank, acting as the arranger in the transaction, failed to get a "wet-ink" signature from Maan al-Sanea which was necessary to make a contract binding under the laws of Saudi Arabia.

Following the heels of the sensational Dana Gas sukuk is another dispute involving the default of a sukuk issued in Saudi Arabia – the Golden Belt sukuk.

In a nutshell, the English High Court held in December 2017 that BNP Paribas (BNPP), the arranger in the Golden Belt sukuk, was in breach of its duty of care to the investors to take reasonable care to ensure that a promissory note, which was the primary means of enforcement for the sukukholders, was properly executed (Golden Belt 1 Sukuk Company B.S.C.(c) v BNP Paribas [2017] EWHC 3182 (Comm)).

The Sukuk was effected by a suite of transaction documents, most of which were governed by English law. A key document was a Saudi law governed promissory note in the sum of US$650 million issued by Saad to Golden Belt in support of Saad's obligations under the Sukuk (the Promissory Note).

The Promissory Note was signed by Maan Al Sanea, the principal of Saad group.

Due to the uncertainty in successfully enforcing English law documents before the Saudi courts, the Promissory Note was intended to be the primary source of enforcement in the event of default under the Sukuk, offering investors a more straightforward means of recourse in Saudi Arabia.

Following a default under the Sukuk, Golden Belt attempted to enforce the Promissory Note in Saudi Arabia.

The Claim against BNPP

Instead, Golden Belt, as the first claimant, and a group of funds specialising in distressed debt (the Funds), as the second claimant, pursued a legal claim against the arranging bank, BNPP for being negligent in failing to ensure proper execution of documents.

Mr Justice Males, sitting in the English High Court, held that BNPP, as the arranger, did owe the Funds a duty to take reasonable care to ensure that the Promissory Note was properly executed and that it had breached that duty.

Mr Justice Males did not however hold the arranger to owe a similar duty of care to Golden Belt.

The offering circular identified BNPP on its front cover as the "Arranger and Sole Bookrunner". Its responsibilities in these capacities were not further defined in the document. There was therefore no express provision pursuant to which BNPP owed a contractual duty of care to the investors.

The offering circular included the standard disclaimer to the effect that the arranging bank made no representation or warranty and accepted no responsibility as to the accuracy or completeness of the information in the offering circular. There was however no disclaimer made in relation to the possibility of the transaction documents not being executed properly.

The main issue before the English court was whether BNPP owed a duty of care to Golden Belt and to the Funds to ensure that the transaction documents were properly executed.

The Duty of Care and the Threefold Test

The test before the English court in establishing a duty of care was threefold:

On the first limb, the Judge concluded that the loss to the Funds, as sukukholders was a reasonably foreseeable consequence of BNPP failing to ensure that the Promissory Note was properly executed.

On the second limb, it was held that there was sufficient proximity between BNPP and the investors, as BNPP was prominently described as the "Arranger and Sole Bookrunner" on the cover of the offering circular.

BNPP was effectively telling prospective investors that it would arrange (or had arranged) the execution of the relevant transaction documents, particularly the Promissory Note.

On the final limb, Mr Justice Males found that imposing such duty of care on an arranger to ensure proper execution would not require an arranging bank to do anything which it would not have done in any event. Banking experts gave evidence during trial that certain of an arranger's tasks were common to all transactions; one of them being to ensure proper execution of the transaction documents.

Mr Justice Males also noted that the disclaimers found in the Offering Circular did not assist BNPP and that it was open for an arranger to include an express disclaimer on the execution of documents. However, arranging banks would need to do so in clear and express terms.

Drawing all the threads together, the judge concluded that BNPP did indeed "drop the ball" in failing to live up to the standard of the ordinary skilled banker engaged in a transaction of this nature. This duty extended to purchasers of the sukuk on the secondary market.

It is important to note that the duty of care was only held to be owed to the Funds but not to Golden Belt.

Mr Justice Males drew a distinction between Golden Belt's position and the Funds' position. Golden Belt was held to be a shell company with no economic interest of its own in the validity of the Promissory Note. Additionally, there could not be a concurrent duty owed to both the Funds and Golden Belt due to risk of double recovery.

Significance in the capital markets

This case demonstrates the importance for arrangers to ensure that they fulfil their obligations, which the industry recognises as being inherent to the transaction, including ensuring proper execution of transaction documents.