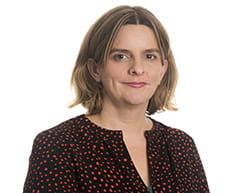 A recent article in Inside Housing advised that the Land Registry's greater scrutiny of execution of documents as part of its crack down on fraud has affected housing associations disproportionately due to their use of an ‘authorised signatory’ in attestation clauses.

The article indicates that the Land Registry has in such cases been requesting copies of powers of attorney in order to show that the power has been correctly delegated.

There are several different ways to execute deeds but in the case of registered societies (which many housing associations are) the Co-operative and Community Benefit Societies Act 2014 allows the rules of a society to provide for a common seal and for it to be attested by any person authorised by those rules. For societies which have adopted the NHF model rules, those rules state that there shall be a seal and that the seal may be affixed in any manner the board resolves.

A person authorised does not therefore need to be a board member, and neither do they need to be appointed by power of attorney. They simply need to be anyone properly authorised by the board in accordance with the rules.

The Land Registry's practice guide confirms this and we have not experienced any issues with applications submitted in respect of documents executed in this way.