Getting it right on pensions 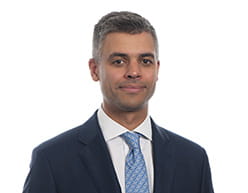 With a number of corporate failures in recent years forcing a spotlight on the management of pension scheme liabilities, it is becoming increasingly clear that directors and officers need to be much more mindful of their pensions responsibilities.

When Carillion collapsed into administration in January 2018, it was reported that its pension deficit had become equivalent to the company’s entire stock market value, and its directors were heavily criticised for having prioritised shareholder dividends over funding the scheme. Likewise, both Toys R Us and BHS have failed in part as a result of their huge pension scheme shortfalls.

Both the Pensions Regulator and politicians are now putting significant pressure on business leaders to give much more consideration to their pensions liabilities before entering into deals or paying dividends, and this is an area where directors need to be increasingly on the ball.

Rebecca McKay is a partner in the corporate department at Trowers & Hamlins, where she specialises in pensions. She says: “There are actually now very few defined benefit pension schemes out there, so the first step for directors is to identify what pension schemes they have got and what risks they represent. If there is a defined benefit scheme, what’s the funding position of that scheme.”

Directors should also take time to really educate themselves on how the schemes run and what implications the liabilities have for decision-making within the business, particularly in relation to mergers and acquisitions and dividend payments.

"Directors really need to make sure they bear in mind the impact of any decisions they make on a defined benefit scheme, and particularly if that scheme is underfunded” says McKay.

Directors already have legal responsibilities in this area, and there are plans for these to be tightened. At the moment, if a company makes a decision that has a detrimental effect on the pension scheme, then mitigating actions should be taken.

The Pensions Regulator offers a voluntary clearance process, whereby a clearance statement can be sought from the regulator to give assurance that corporate transactions will not result in enforcement action being taken against the business. A clearance statement is not an approval of a transaction, such as a merger, but it does say that the regulator will not use its anti-avoidance powers to issue either a contribution notice or a financial support direction against the company in relation to a defined benefit occupational pension scheme.

Very few companies have used the clearance process in recent years – fewer than 20 in 2017 – which could be down to either a lack of awareness of its existence, or the fact that companies are getting more up-to-speed with handling their pensions issues confidently in-house.

Nick Harrisingh is a corporate partner at Trowers & Hamlins working on transactions. He says: “Directors need to be able to show documentation of the process leading up to a transaction or dividend payment, and need to be adequately minuting discussions to demonstrate that consideration was given to the impact on the pension scheme. Trustees should be involved in those discussions wherever possible.”

Directors also have duties under the UK Companies Act, which include a requirement to have regard to the impact of a transaction on company employees, which could be taken to include the implications for pension scheme beneficiaries.

In March 2018, the government published a white paper outlining proposals to increase the protections for defined benefit scheme members and make improvements to the system. Among its plans were the suggestion that the regulator be able to punish those who deliberately put their pension schemes at risk, by introducing punitive fines, and the introduction of a criminal offence to punish those who have committed wilful or grossly reckless behaviour in relation to a pension scheme. This would include building on the existing process to support the disqualification of company directors.

The white paper also sets out plans to strengthen the regulator’s existing powers by beefing up the voluntary clearance procedures, so that employers give appropriate regard to pensions considerations in corporate transactions. There is no suggestion that mandatory clearance will be introduced at this stage, with the suggestion instead being that employers should make a statement of intent prior to a transaction to show they have given appropriate consideration to the impact of the deal on their pension scheme.

McKay says: “The white paper acknowledges that any strengthening of the regulatory framework must not damage legitimate business interests, harm the economy, or put those who are already fulfilling their pensions obligations under any unnecessary burden. Instead, the aim is to genuinely help trustees to get the best deal for scheme members and allow the regime to operate effectively and efficiently.”

At the same time, the government has also published a consultation paper setting out proposals to improve the corporate governance of firms that are in, or approaching, insolvency, which includes new powers to investigate the conduct of directors in the event of company failures.

The abiding message is that directors need to be much more alive to how their actions impact pension schemes, and that includes those that have closed. Harrisingh says: "There are actually very few defined benefit schemes that are still open to new members, and you would want to shut those down to limit future accrual. But the regulator is interested in benefits that have already been accrued – it’s a common misconception that the situation can be improved by closing a scheme, either to new entrants or to future accrual.”

“The regulator would still have a duty to look at benefits already accrued by existing members.”

McKay concludes: “Directors need to make sure they have a proper understanding of what the pensions arrangements in the business are, and they need to realise that if they don’t consider those before making an acquisition or paying a dividend, there is the potential for very negative consequences. Those consequences can come not just from the regulator, but also from public opinion, given there seems to be a hunger out there to expose failings in this kind of corporate governance.”

Thanks to Carillion and others, pensions have been swiftly elevated up the corporate governance agenda.