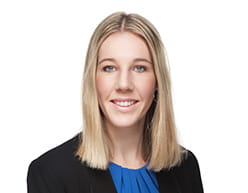 Succession planning is an especially acute issue in companies with a sole director-shareholder. Only in exceptional circumstances will the court step in to save the company.

Succession planning is an especially acute issue in companies with a sole director-shareholder. Only in exceptional circumstances will the court step in to save the company. P, the sole director-shareholder of Lancashire Cleaning Services, died. The company's articles had not been updated to allow the executors of P's estate to make decisions on behalf of the company such as appointing new directors (this would not have been a problem if the company had adopted Model Articles under the Companies Act 2006 as they empower the sole shareholder's personal representatives to appoint a director).

When P died, the company's assets were frozen, employees left unpaid and VAT payable to HMRC was also unpaid. While the executors had applied for probate, the grant had not yet been obtained. The executors argued that the absence of the grant did not prevent them from seeking rectification of the company’s register of members as under the terms of the company's articles, P's shares had devolved upon them as the executors named in P's will, and they were entitled to be registered as shareholders.

The High Court remedied the problem by allowing the company's register to be rectified so that the executors could pass a resolution to appoint a new director. The concern was that the business would fail and employees would leave if they were unpaid and so the court allowed rectification without requiring a grant of probate which is usually required.

Review your articles of association and amend them as necessary to ensure that your company could continue to operate if a sole director-shareholder dies, leaving it without either owners or directors.