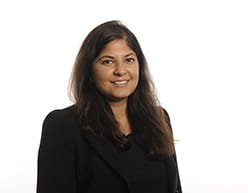 Prior to 2012, the UK was almost unique amongst developed jurisdictions for its favourable tax treatment of non-residents holding UK real estate, in comparison to the level of taxation faced by UK residents.  Historically, CGT was not chargeable on any gain arising from the disposal of UK residential property by non-residents.

The introduction of ATED CGT in April 2013 marked a significant change in the UK's tax treatment of corporate structures disposing of UK residential property, which included non-resident corporate ownership vehicles. In April 2015, the NRCGT (Non-Resident Capital Gains Tax) regime went further to align the tax treatment between non-residents and UK residents, and extended the scope of CGT to cover gains made by non-resident persons, companies, trusts, partnerships, or personal representatives of a non-resident deceased person, disposing of UK residential property.

The Finance Bill 2019 now aims to introduce a fully level playing field for both UK residents and non-UK residents in relation to taxing gains on property disposals. The changes target non-resident widely held companies and other previously exempt entities that were outside the scope of NRCGT, gains which accrue to non-residents on the disposal of commercial property and land, and indirect disposals of property rich entities (e.g. share sales).

The new rules, whilst an unwelcome move for non-resident property investors, finally represent an alignment of the UK tax system position with comparable territories, bringing many non-residents into the scope of UK capital gains taxation for the first time.

From 6 April 2019, the ATED-CGT regime will be abolished and non-UK residents and corporates will be subject to tax on land related gains as follows:

Broadly, the indirect disposal rules apply where there is a disposal by an entity that derives 75% or more of its gross asset value from any UK property, and the non-resident person holds (or has held in the previous 2 year period) a 25% or greater interest in the company. A 'trading exemption' is available where the property rich entity is trading before and after the disposal. This will be useful for land-rich traders such as hoteliers, developers, retailers and utility companies although care will need to be taken to ensure that the conditions for the exemption are met.

Different rates of NRCGT will apply depending on the type of land being disposed of and the dates from which the base cost is rebased will also differ.

For disposals of residential property:

For disposals of commercial property and qualifying indirect disposals:

Non-resident companies and unit trusts will be liable to corporation tax on chargeable gains. The current rate is 19% but this may decrease to 17% in 2020.

What does this mean?

In brief, the proposed changes will bring all non-residents holding UK property into the UK tax net. These changes extend the charge on disposals of interests in residential property to all property and now include widely-held companies and disposals by 'property-rich' entities.

If a disposal or restructuring of residential property ownership is being considered, the abolition of ATED-CGT may mean that it is more tax efficient to do so from April 2019. This will vary depending on the individual facts and we can advise further. Alternatively, where the market value of the asset is rebased to the value as at 5 April 2019, it may be sensible to undertake any capital enhancements or lease reviews before this date to take advantage of a higher base cost.

The Government does not intend to disincentivise onshoring. If a company becomes UK resident after 5 April 2019 and makes a disposal of UK land, it is still eligible to benefit from market value rebasing from 5 April 2019. Companies should not become UK tax resident until after this date if they wish to benefit from the rebasing. Different rules will apply to individuals.

Each scenario will be different and in some cases, it will be better to wait to act, but we recommend that an early overview is carried out for all with an interest in UK real estate as to the tax changes brought about by these proposals.