The rise of the "for profit" registered provider 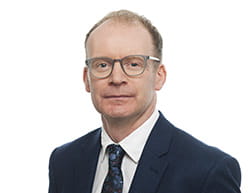 Since the implementation of the Housing and Regeneration Act 2008 (the 2008 Act), it has been possible for profit-making organisations to be registered with the social housing regulator, opening up a range of new possibilities and new entrants into the social housing sector. Yet for some time, uptake of the new flexibilities was slow; relatively few "for profit" providers have actually been registered and of those registered, even fewer have developed at scale.

So what is behind this trend? For many developers - either because they believe that they are not getting an appropriate value from traditional RPs for the affordable units on a development scheme - or because of the challenges of multi-phase developments involving a traditional RP - the establishment of an "in house" RP offers a real and viable alternative to traditional delivery of affordable housing obligations. One particular attraction is that the establishment of a for-profit provider allows whole sites – including the affordable elements – to be developed, owned and managed within the same corporate group so speeding up development (because the need to negotiate with third party social landlords is removed), reducing transaction costs and enabling a single standard of estate management on an ongoing basis and economies of scale in having a single housing manager for all tenures on site.

The advantages are even clearer for developers in the build to rent sector, where (notwithstanding the concept of the "Affordable Private Rent" mooted in the Housing White Paper, and the fact, as a matter of planning law, that affordable housing provided under a planning obligation does not have to be provided by an RP) it is often the case that a s106 agreement will mandate that the affordable housing is required to be owned by an RP. And here, the fact that build to rent operators are fundamentally set up to receive long term rental income, together with the management efficiencies of having single management across an entire build to rent scheme, means the arguments in favour of setting up an 'in house' RP are particularly compelling.

For other applicants, the fact that registration enables an organisation to access grant funding from the HCA (or from the Greater London Authority (GLA) in London) to finance social housing provision is a key driver. Rented housing provided with HCA/GLA grant funding must be owned by an RP, and we have now seen the allocation of grant funding to for-profit providers.

Perhaps the biggest group of new entrants to the sector, however, are equity investors - ranging from "blue chip" backed funds, through to family offices, private equity and entrepreneurs, where the fact that the RP should provide an attractive yield alongside potential for capital growth has made affordable housing an attractive investment. There is also no doubt that the deregulation measures have done much to reassure equity investors into the sector about the liquidity of their investment, but equally the increased trade of stock between RPs (both not for profit and for profits) has proved that social housing can now be treated as a liquid asset (i.e. social housing can be sold at any time to a traditional RP or to another institutional investor/REIT so allowing a clear "exit" strategy for equity investors from the sector). These clients are acquiring not only existing stock but are also increasingly buying new stock from developers.

And what of the future? Perhaps the biggest challenge in recent times in encouraging new entrants to the affordable housing sector has been the regulation of rents by government. The four year rent reduction regime was a significant deterrent to a number of potential applicants. However, the recent Government announcement heralding a return to the CPI+1% rent increase regime will – in our view – fuel further interest in the model from both developers and investors.

Traditional RPs who have come to rely on s106 schemes to form the backbone of their development pipeline could easily see such opportunities drying up as developers keep schemes in house or else arrange deals with new players. At the same time, opportunities for traditional RPs abound- many of the new players will not want a day to day housing management role and will want to outsource that role to established RPs, whilst the "for profit" RP model could herald a new model of joint ventures between traditional RPs and investors where genuine equity participation in affordable housing could be leveraged in - something that could be very welcome to RPs with balance sheet constraints.

Updates to BCDR regulations and the Law of Evidence