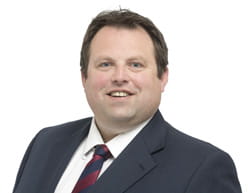 The HCA has today published new Directions, under its powers in the Housing and Regeneration Act 2008 as amended under the Housing and Planning Act 2016. As anticipated these will come into effect on 6 April 2017.

The aim of the amendments made by the 2016 Act to the consent regime is to remove enough of the HCA's direct controls over Private Registered Providers ("Associations") to persuade the Office for National Statistics to reverse its reclassification judgement and take Associations back out of the "public sector" classification.

These new Directions, which replace the previous "before the event" consent regime with an "after the event" notifications requirement, have been accompanied by detailed Guidance on when and how to notify the HCA about:

There is much detail in the new Directions and Guidance which Associations will need to fully understand very quickly before taking any of the above courses of action on or after 6 April 2017.

Whilst the requirement to obtain a consent before actually taking such actions has disappeared, the overall structure of regulation of Associations by the HCA remains fully in place and the need to maintain regular contact with the regulator, the obligation of openness and the requirement for compliance with "all law" remains. The guidance notes that "failure on the part of providers to meet the regulator's expectations in this area may affect the regulator's judgement of their compliance" which (at the least) will put their regulatory status grading at risk.

The explicit purpose behind the new notification requirements is to: 

The Guidance goes on to say that Associations should communicate with the regulator to provide information in advance of any restructure, merger or amendment of governing documents at the point in time where it is reasonably certain that the changes are to be proceeded with. It goes on to say that the provision of this to the regulator may give rise to a request for further information or (perhaps more significantly) "might impact on any planned regulatory activity" and "the regulator will consider any information received and may engage further with an [Association] depending on the risk, complexity or uncertainty arising from the planned change. This would be assessed on a case by case basis and will depend on a range of factors".

It should be noted that there is a significant difference between the notifications required in connection with the charging of properties as security for funding for "small" and "large" Associations. Small Associations will have to notify the regulator if they charge any properties. Large Associations will have to notify in respect of disposals which are not considered "Standard Finance". Standard Finance is "Finance" obtained where a fixed legal charge is granted as security to a bank, building society, local authority, other regulated lending institution, an entity that has issued or is issuing securities on a recognised stock exchange (i.e. bodies such as THFC), another private registered provider or finally an organisation in the same group as the borrowing provider.

What constitutes "Finance" is broadly defined as similar to the concept of "Indebtedness" which Associations may be familiar with from their lending agreements. Essentially this means any arrangement made for lending money, finance or capital leases, interest rate hedging and the issue of loan notes, stocks or bonds or "Other Facilities". "Other Facilities" includes guarantees, indemnities and letters of credit if they relate to other types of arrangement included within the definition of "Finance".

We expect that these changes will reduce the burden on Associations who previously didn't have the Category 6 General Consent granted to them by the HCA. For those who did have Category 6 status the new arrangements will also be less burdensome. In both cases the changes should mean that transactions will be able to be managed more efficiently.

Those Associations who are registered charities (i.e. registered with the Charity Commission) are now, as a direct result of de-regulation, required to comply with the land disposals consent regime (as well as the new HCA notification regime) in the Charities Act 2011. This regime is, in a number of important respects, significantly more onerous than the regime which was hitherto applied under Sections 172 and 133. Care should therefore be taken to fully understand its requirements before a land disposal transaction process commences.

We suggest that a disposals and notification register could form a useful part of Associations' asset and liability registers. This will allow an Association to demonstrate that notifications have been made and in what category, whether to lenders or for the purposes of a future in-depth assessment.

One might resurrect a favourite phrase of the late Ronald Reagan, when he was President of the USA during the Cold War era, to characterise the HCA's role in the new deregulated regime: "trust but verify". In these uncertain times, the efficient and timely use of property security to raise private finance is even more important. Please speak to us about how we can assist you in reviewing your stock in readiness for charging, including looking at ways to achieve best value and to rectify potential issues in advance.