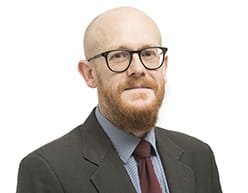 Now the excitement of obtaining FCA authorisation has passed for a lot of the sector, the next challenge for many is grappling with the new FCA annual reporting requirements. Given the changes to the FCA's regime for treatment of secured lending by housing associations that came into effect last year, for many this now carries the additional challenge of reporting under a full authorisation permission.

The FCA takes a proportionate approach to regulation, meaning that they concentrate resources on the greatest potential risks. This means that firms with limited permission can expect less intrusive supervision than firms with full permission and firms with consumer credit related income of less than £5m need report less frequently than firms with income in excess of this amount.

Reporting is done through the FCA's GABRIEL (Gathering Better Regulatory Information Electronically) system. GABRIEL uses the information it has about a firm to decide which reports they need to submit. Unsurprisingly, reporting is mandatory, and firms that do not complete their reporting requirements by the due date must pay an administrative fee of £250. If a firm does not pay this, the FCA may take enforcement action which may result in the firm losing its authorisation.

The FCA's Principles for Business require that all firms deal with the FCA and (in the case of housing associations) the HCA in an open and co-operative way and firms must disclose anything which a regulator might reasonably expect to want to know. There is no definite rule as to what information needs to be disclosed under this principle, but the relevant section of the FCA's Handbook states that any matters having a serious regulatory impact, civil, criminal or disciplinary hearings, fraud, breaches of consumer credit legislation and insolvency proceedings should be reported.

Aside from standard GABRIEL reporting, firms need to let the FCA know each time they might wish to make changes to their contact details, to the approved person who oversees the regulated activities, to the regulated activities themselves, or if their firm undergoes a change of control or change of legal status. In relation to mergers and amalgamations, it is worth noting that while in other respects the FCA will treat a newly merged body as a successor of its predecessors, it takes a slightly different approach when it comes to consumer credit. The FCA effectively treats the merged body as a brand new organisation for consumer credit purposes, meaning that upon merger or amalgamation a firm's existing permissions will not transfer to the amalgamated body and a new application for authorisation will need to be submitted.