The cold, hard reality of placemaking 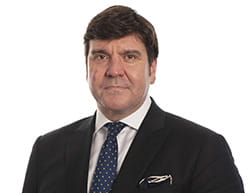 Placemaking may be the buzzword of the moment – giving ‘destination retail’ and ‘urban grain’ a run for their money – but the complexity of putting together large mixed schemes is understandably concerning for investors in the UK’s increasingly fluid real estate market.

“Lawyers are often seen as a necessary evil,” says Adrian Leavey, real estate partner at Trowers & Hamlins, “and bluntly, we are. But it’s important that we don’t get in the way of the deal. There are enough complications there already without lawyers saying something ‘can’t be done’ or ‘this regulation says…’.”

“Every real estate asset needs to deliver for investors,” he adds, “but getting the best returns out of the UK market these days requires more than just chucking a heap of cash at an attractive investment and waiting for the money to roll in.”

The idea of placemaking – a term first coined in the 1960s – has gained new impetus of late in UK real estate as online retailing has hammered traditional High Street shopping and the dull, functional shopping centres constructed in the 1970s and 1980s.

Recently, some developers have turned to prestige architects to design attractive landmark buildings in an attempt to create an instant sense of ‘place’, but this has been met with scepticism among many market observers, such as James S Russell, US architecture critic and author of ‘The Agile City’, who calls it a “rhetorical gimmick”.

"Great architecture is very important but it isn’t enough on its own,” agrees Sara Bailey, Trowers & Hamlins’ head of real estate. “Placemaking is not just about assets, it’s about people, and if you haven’t considered the people aspect you’re not going to get the best long-term returns.”

“Achieving that has become more difficult,” she explains. “Local communities in the UK – who have final say on planning and hold much of the land needed – want more than just retail parks, they want housing, they want infrastructure, they want leisure activities. They want big new developments to be more than just collections of nice buildings.”

Adrian Leavey says that means investors have to think differently in order to engage the people who will be accessing the scheme in question. “For instance, we might suggest a developer puts a cinema into a large mixed-use development as the anchor on a limited rent-free, turnkey deal,” he says. “That creates immediate community engagement, and will onboard five or six quality bars or restaurants because of the guaranteed additional footfall. An investor might be against that initially because they’ll think a cinema can bring good, quick returns, but our experience can reassure them that this kind of front-end loading results in a better long-term play.”

Further consideration might need to be given to ‘no rent now’ deals for start-ups, for instance, which, with a more exciting and innovative approach than larger competitors, can prove to be attractive recruitment destinations, which in turn will attract big companies who will be good long-term tenants for developments with a major office component. The regeneration of South London’s famous Brixton Market was one major scheme where smaller local businesses were offered attractive deals to kickstart the project and better engage the community.

“With that kind of thinking,” adds Sara Bailey, “you’re starting to create a real destination. That’s attractive for local authorities, but they face a huge volume of ever-changing regulation and guidance. We see our role as helping them to see the wood for the trees. We can look at their response to a proposal and let them know how it’s going to land with the bidders, and equally advise bidders they may not get finance with this or that particular scheme.

"It’s quite a long way from what people usually think lawyers are for, but these days we see ourselves as facilitators. At Trowers we think we’re more in tune with the way the market is going because of our history and our involvement with so many of the major housing and regeneration projects undertaken in the UK in the last 30 years.

“There are any number of lawyers out there who can do a big investment or put together a development project, but you need to be asking yourself how many have in-depth knowledge of every aspect of one of these complex placemaking schemes.

“Being able to understand what the local authority will want to focus on ahead of putting in the final proposal could be the difference between getting the go-ahead or being sent back to the drawing board,” adds Bailey.

“It’s often said that ‘cold money don’t care’,” says Adrian Leavey, “and to an extent that’s true. If you can’t get the finance, you can’t build. But depending on your investment priorities, what you want to achieve out of a particular scheme, the new landscape means that the cold money that thinks a bit more carefully at the outset is going to get better returns, certainly in the medium to long-term. And that’s what we’re here for.”