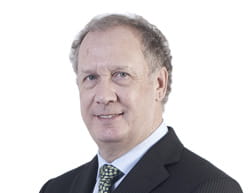 Michael is a Consultant and Head of International Construction and also leads the Projects practice out of Dubai.

He has lived in the Middle East for over 11 years, has advised on projects throughout the region and has also practiced law in the UK and throughout S.E. Asia. Michael has worked on international construction projects for over 36 years, initially in senior commercial roles and as a claims consultant and latterly as a Solicitor with both in-house and private practice experience.

On the contentious side, Michael has defended, pursued or advised on the settlement of construction disputes involving adjudication, mediation, claims and counterclaims for delay, extensions of time, loss and expense, variations, increased costs, and design/ specification on major building and engineering projects.

Before qualifying as a lawyer, Michael worked in the construction industry for 17 years in increasingly senior commercial management roles for major companies and a consultancy, residing in UK, Sri Lanka, Egypt, and Hong Kong. Michael is recommended in the Legal 500 directory for construction, projects and energy work and is cited as a notable practitioner by Chambers directory for real estate and construction.

PPN 01/22 – Contracts with suppliers from Russia and Belarus