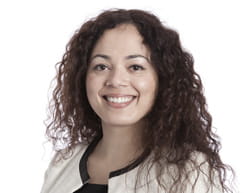 Theresa specialises in contentious construction and joined Trowers & Hamlins in June 2010 from a boutique construction law practice. Theresa was promoted to Partner in 2015.

Theresa has extensive experience of acting for Employers and Main Contractors, making High Court applications and the Enforcement of Adjudicators' decisions in the Technology and Construction Court. She is familiar with both standard and bespoke forms of construction contracts. Theresa also has experience of running High Court trials, instructing experts on technical engineering matters, resolving construction disputes through mediation and drafting settlement agreements, claims, defences and adjudication submissions. Theresa has been advising clients on a variety of high value and complex matters concerning fire safety and the implications of the new legislation and is heavily involved in the firm-wide Building a Safer Future initiative.

Theresa is a regular speaker at London Build and for the RICS CPD training programme and is a contributor to Building Magazine, Construction Law and Construction Manager.

Theresa is the co-head of Diversity and Inclusion at Trowers and was recently appointed to act as the chair of the RICS Dispute Resolution Appointments Board.