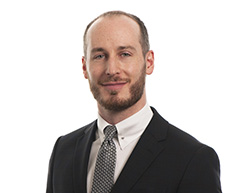 James' first seat was in the Construction team, based in London, which he joined in April 2019. Currently he is in his second seat, based in Oman, having started in September 2019.

Prior to starting his training contract, James worked as a Paralegal for several years in Trowers & Hamlins' Banking and Finance department and, prior to that, in the Real Estate department of a Magic Circle law firm.