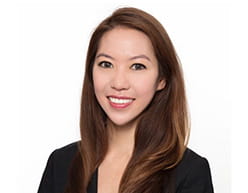 Ruth is an Associate in Trowers & Hamlins' Dubai office and specialises in contentious and non-contentious construction matters.

Ruth regularly advises and has represented clients ranging from developers, main-contractors, consultants and subcontractors, both onshore and internationally. Ruth has assisted clients in resolving disputes in arbitrations under a wide range of arbitral institutions including DIAC, ICC, LCIA, UNCITRAL, AIAC and the SIAC as well as other forms of dispute resolution including mediation, early neutral evaluation and adjudication. Ruth also worked closely with local counsel advising clients in disputes before the UAE courts.

Ruth is called to the Bar of England and Wales in 2014 and is also admitted as an Advocate and Solicitor of the Malaysia Bar in 2015. Ruth is fluent in English, Mandarin and Malay language.