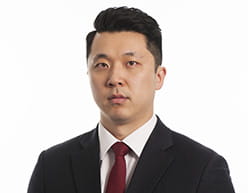 Damon is a solicitor in Trowers & Hamlins' International Construction department based in the firm's Dubai office.

Damon advises employers, contractors, subcontractors and suppliers in respect of disputes arising throughout the life cycle of major construction and infrastructure projects, including those in the aviation, energy, infrastructure and transport sectors. In anticipation of his legal career in construction, Damon also worked as a consultant at a leading specialist construction consultancy providing quantum analysis in multibillion-dollar construction disputes across the globe. Damon applies the technical knowledge and experience gained to better serve his clients in complex claims and proceedings, which often involve international arbitration.

Prior to joining the team in Dubai, Damon completed his solicitor training contract in Trowers & Hamlins' London, Bahrain and Dubai offices. In addition to working on construction disputes, Damon assisted in corporate and commercial matters and gained experience advising clients on a wide range of transactions including: undertaking due diligence for purchasers and sellers in mergers and acquisitions; negotiating and drafting bespoke share purchase agreements; negotiating and finalising transaction documents in cross-border power projects; and setting up a first-of-its-kind endowment trust for charitable initiatives.

Prior to his career in law, Damon founded and managed a successful language services company in Seoul, South Korea, providing translation, interpretation and publication services internationally to organisations of varying sizes, from small businesses to conglomerates as well as academic and government institutions. Damon utilises the international experience and expertise from his previous career to help clients overcome challenges and achieve commercial goals on the international stge.

2020 – admitted to the roll of solicitors in England and Wales

Webinar: Roadmap to Recovery – realising a new future for the construction industry