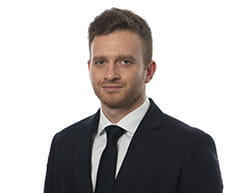 Misha joined Trowers & Hamlins' Projects and Construction department in April 2019 from MinterEllison in Sydney, Australia, where he qualified in 2014.

Misha specialises in construction law, advising on risk allocation in a variety of transactions, preparing and drafting a diverse range of standard form and project specific construction, ongoing services and consultancy agreements, advising on the procurement of major and minor capital works projects across Australia and New Zealand, advising tier one developers throughout the tendering for Sydney Metro's infrastructure project, advising on pre and post tendering processes and preparing due diligence reports on some of Australia’s largest transactions.

Misha also specializes in Smart Contracting, having developed and managed an automated low-cost/high-volume stream contract practice, and worked with a variety of contract automation software.

Trowers comments: Are you protected against airline failure?