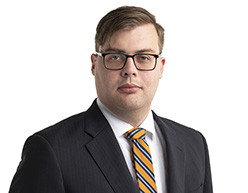 Jacob has recently joined the firm having moved from Queensland, where he practised for seven years.

Previously, he worked for some of the largest listed and private developers in the Australia, advising on site acquisitions and due diligence, planning and local authority requirements, and setting up bulk disposals. This included working on some of the biggest master planned communities undertaken in Australia, being decades long plans providing space and jobs for tens of thousands of residents. This included multi-use precincts such as business parks, sporting stadiums, and mixed use developments. He currently deals with a range of commercial property matters including site reporting and development agreements.